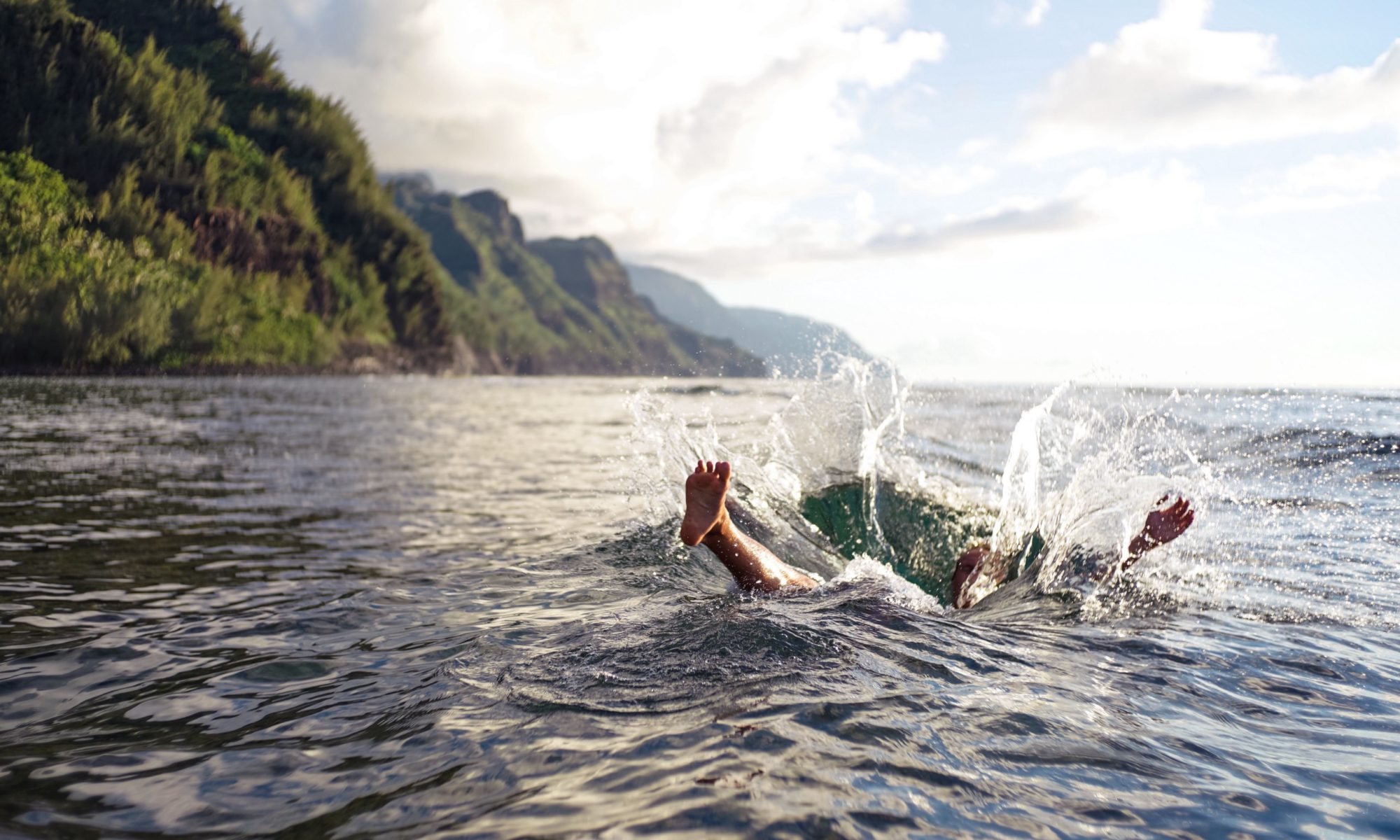 Ever look at a complete stranger and wonder who they are? What makes you come to a conclusion of acceptances or rejection in what seems a microsecond. How do you read people? Is it their appearance, what they are wearing, or the look of their face? Maybe it’s deeper than that.

What do you see when you look across the room? Can you see the sadness or the spark in someone’s eyes, the sorrow or happiness in their heart? Maybe it’s the weakness in their posture or the way they hold themselves. Are they sitting alone or in a group?

More importantly what do you do next? Do you ignore them? Or interact with them?

What could you learn from them? What life lesson have shaped them and what have they learnt from their experiences?

Do you see me?

Do you know how I feel?

I’ve been broken, blank, flat, depleted, confused, beaten, and numb. I’m struggling to come to terms with what has happened to me.

Don’t get me wrong, I love my adopted family, and I appreciate everything they have done for me. I wouldn’t be the person I am now if it wasn’t for them, but somehow we’ve lost our way.

The torment and primal wounding of adoption and losing the connection to my birth mother haunted me.

Being a highly sensitive introvert that was ostracized and bullied by peers in youth & in boarding school to the extent of developing a severe stutter.

A poor career decision to leave a great job which lead to employment in narcissistic workplaces which left me with severe depression.

My son was diagnosed with a brain tumour which has left him with lifelong disabilities and personal challenges.

Broken marriage, after my wife ran off with another man, lost my house and the majority of contact with my 2 kids.

Having to deal with a psychologically controlling, invasive matriarchal, somewhat narcissistic adoptive mother who demanded me to stop seeing my new partner at this age. I was 42. They also repeatedly overstep and disregard boundaries demanded by myself in regards to my parenting requirements and them accessing my son. This recently lead to a mass falling out and disownment from the family.

Adoption: As an adoptee I have suffered grief over the loss of a relationship with my birth parents. I have repeatedly dealt with abandonment issues in just about all my relationships. I struggled with self-esteem and identity development.

When I was adopted my adoptive parents were given the impression that we were blank slates and that adopted families weren’t any different from any other family. That’s just not true. We were supposed to fit in and mould to their world, their heritage, and be just like them. They were misinformed by people and organisations who knew better, there for they were unequipped. Even if the most empathetic understanding family adopted me, it’s too much of an obstacle and physiological trauma was inevitable.

Blind to my special needs as an adopted child, intimacy and closeness was what I craved, but due to the lack of professional screening processes, it was pot luck as to what family I landed in. My adoptive mother controlled my relationships and used food and financial support to trigger my guilt to keep her happy. She used this to her advantage without considering my true needs. I was not permitted to search for my birth family, I was forced to sign a veto on my 16th birthday, stopping my birth family from contacting me.

She intentionally amplified and used my weakness against me. I was so eager to please. I was not in a position to, and/or didn’t have the skills and understanding to stand up for what we believed in as our own family. Eventually that splinter turned into a wedge and the relationship with my ex wife collapsed.

Cancer: During my younger years I was quite naive about what cancer was and how many people are affected.

I had been quite lucky that an impromptu skin check in 2009 found a stage 1 malignant melanoma just above my shoulder blades.

In December 2011 my 13 year old son was diagnosed with a brain tumour. My then wife and I took him to the doctor multiple times after he started bumping into things and become very vague and losing interest in things he had previously loved doing. Over nearly a 12 month period we were repeatedly told from numerous people he was fine and it was just puberty and hormones kicking in. They were wrong. My adoptive family now blame us for him getting cancer.

He had a 3 cm tumour blocking the flow of fluid around the brain and spinal column, causing pressure to build up on his brain. He also had a smaller one on his pituitary gland. The 2 malignant Germinomas were treated with chemotherapy and radiotherapy successfully and he is now in remission, however he was left with considerable lifelong challenges and health issues.

Severe short term memory and brain development problems. Minor muscular atrophy on the left side of his body affecting his dexterity and movement. Severe anxiety to the point where he overthinks, clicks his fingers and repeatedly talks to himself. Diabetes Insipidus a condition that dilutes urine and seriously affects the brain’s chemistry. Ongoing hormone regulation issues from having basically no pituitary gland. Pronation distortion syndrome, a severe distortion of the legs and knee joints after hormone treatment. Puberty and growth problems.

In 2013 I found another stage 1 malignant melanoma on the inside of my left thigh above the knee.

In 2014 my adoptive mother was diagnosed with breast cancer.

Just like adoption, I was never given an opportunity, support or the space to deal with how cancer had affected my life and the people around me. It was as though I didn’t exist, my feelings didn’t matter and my opinions didn’t count. Like adoption, I was forced from people who should have loved me to continue my life as though nothing was wrong.

Work: After school I had no idea what I was going to do. I ended up working for my adoptive father for 8 or 9 years. He owned petrol stations and moved into bulk fuel distribution. After he retired my sister and I started a petrol station together. I only lasted another 3 years when I found my call to be a graphic designer. I was then fortunate enough to be asked back to the college where I studied, to teach part time at nights. After 12 months the position became full time. The college was in a state of transition of ownership when after 6 years my contract came up for renewal. At this stage I had been an unofficial program manager for close to 3 years. The position never came so I moved on.

I took part time and full time jobs over the next 3 years with some good but mostly bad employers with questionable ethics. I then slid into depression. Little did I know that teaching had become a greater part of my life than I realised and I missed it dearly. I had become so depressed that I had started to talk erratically to myself just to get through the day. In early November 2012 they must have seen or heard me in a moment of distress, but instead of helping me they walked me to the gate and told me never to come back. 4 weeks later we’d received the diagnosis of my son’s brain tumour.

I finally got my career back on track in the following March as a lecturer, and moved from one college to the next through corporate takeovers etc. Then the business owners who I was working for embezzled 20 million dollars of government funded money, including wages and entitlements owed to me and many others.

I now work for a national directory company assisting with marketing via web and print.

Self doubt has always lingering…. For years I have struggled, looking for external validation, looking to understand who I am and justify my life experiences.

The Validation didn’t come so I started looking within, I started not to care of what others thought of me, I could only validate myself, I finally realised that no one else could do that for me.

I started questioning everything I believed in, I was shaken to the core. I looked deep within my soul and I chose to believe in myself. I realised I was not the person I once was, and I was no longer the person others perceived me to be. I’ve started to strip away everything and everyone that have been holding me back.

Again I’ve been broken, my chest is collapsing on my heart, metaphysical pain has been polluting my body for as long as I can remember. Every day is a challenge every step is a mountain and my tears are the rivers.

I must ensure I am in alignment with my true self and not take on the negativity and will of other people, not only me but for the people around me, my work, my friends, my partner and children and those who still love me unconditionally.

Being a highly sensitive person I’ve longed to be understood and valued for who I am. With a combination of masculinity with deep empathy, and commitment to Truth. I can provide a great source of comfort and healing for anyone who is willing to receive it.

I believe the Highly Sensitive person’s time is coming where his hidden attributes will be called for in our society. They will be the new and sought out leaders.

People are tired of the shallow, game playing, egotistical interactions that have become the norm. We can spot deception from a mile.

The cheap interactions with narcissistic personalities we tend to attract are just getting very predictable. Many of us have evolved from those demeaning relationships including myself.

Too many have also wrongly associated masculinity with being controlled, demeaned and disrespected.

But these old paradigm beliefs from the previous millennium, are now quickly dissipating.

They are being replaced with a more balanced and empowering perspective of what masculinity truly is.

I applaud all those Highly Sensitive people who are embracing their gifts and becoming outstanding beacons of Light.

I hope it’s not too late. I hope I can save myself

With the help of the right people in my life I am beginning to understand my true self and reconnect with the sensitive child within me. Little by little, each breath is finding new strength, a new purpose, to reclaim the identity that was once mine, then taken from me and be happy for who I am. 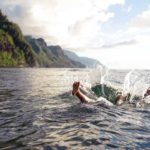