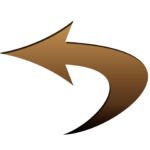 The first point of contact is obtaining a General Application and Affidavit Forms (online or over the counter from Magistrates Court – Burnie, Launceston and Hobart).

NOTE: There are no support organisations in TASMANIA who have experience with Discharges for adoptees. It is recommended applicants engage independent legal advice.

Click here to Search for Legal Aid in Tasmania

**Any decision about whether there are grounds for discharge is to be made by the court itself.

There is no mention of any external agency in the Act.

Adoptees, definitely should have the OPTION to seek support in the process of application but there does not seem to be any subordinate legislation that REQUIRES adoptees to take the pathway proposed by Adoptions, Permanency and After Care Support Services Communities Tasmania.

Adoption order includes an adoption order made under the repealed Act or any corresponding previous enactment;

(b) that special circumstances exist in relation to the welfare and interests of the person why the adoption order should be discharged.

(3)  Where an application is made under subsection (2) , the court shall, if satisfied that there may be grounds on which an order may be made, direct that an investigation be made into the circumstances under which the application is made.

(4)  An investigation under subsection (3) shall be made by the Secretary and, where the court so directs, by a person nominated by the Attorney-General.

(5)  If, after consideration of a report of an investigation carried out under subsection

(7)  Where the court makes an order under this section in respect of an adopted person, it may, at the same time or subsequently, make such consequential or ancillary orders as it thinks necessary in the interests of justice or the welfare and interests of the person, including orders relating to –

(a) the name of the person; and

(b) the ownership of property; and

(c) the care, control, custody, or guardianship of the person; and

(d) the domicile of the person.

(8)  On the making of an order under this section discharging an adoption order, but subject to an order made under subsection (7) and to section 50 (2) , the rights, privileges, duties, liabilities, and relationships of the person to whom the adoption order relates and of all other persons shall be the same as if that order had not been made, but without prejudice to –

(a) anything lawfully done; or

(b) the consequences of anything unlawfully done; or

while the adoption order was in force.